… from the mountains of the Mexican Southeast …

On Friday May 2, 2014 an Indigenous Zapatista teacher, Jose Luis Solís López – known by his name ‘in the struggle’ as ‘Compañero Galeano’ – was ambushed and murdered. He was beaten with rocks and clubs, hacked with a machete, shot in the leg and chest, and as he lay on the ground gasping for air – he was executed by a final bullet to the head. The reason he was subjected to this callous violence varies depending upon what account is heard or read. But in truth, he was assassinated because he was Indigenous, because he was a teacher, because he was humble, and more specifically – because he was a Zapatista. And in a contemporary global system of neoliberal production and colonial governance, people like Galeano are deemed to be threats – threats that need to be killed in cold blood and suffer brutal deaths. 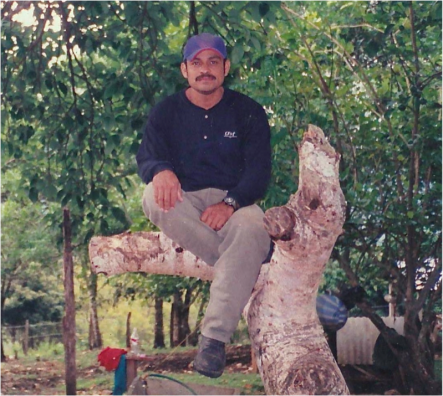 The assault on Galeano was also an attempt to antagonize the EZLN (Zapatista Army of National Liberation) into reacting with violence themselves as retribution for the death of one of their promotores de educación (‘promoters of education’ – what teachers are called in the Zapatista system of horizontal education). The provocation was directly aimed at the EZLN in hopes of prompting them into engaging in armed conflict, which would thereby give the Mexican state reason to retaliate and attack Zapatista communities. However, despite the pain and rage that the Zapatistas are feeling, they continue to release statements calling for peace. And amidst the tears, sorrow, indignation, and sadness they now have due to one of their cherished teachers being slain in broad daylight, they have stated they are not seeking revenge, nor blood, nor vengeance, but rather, they seek justice.

END_OF_DOCUMENT_TOKEN_TO_BE_REPLACED 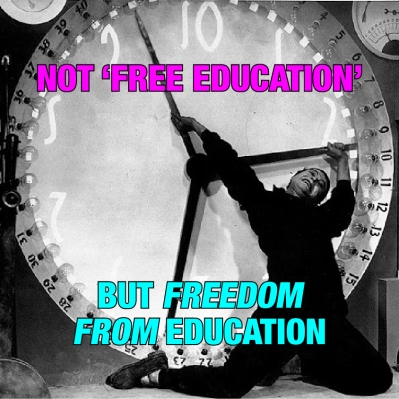 Against the romanticizing of education, Leftists should recognize alternative regimes of study, as practiced in prison organizing and indigenous peoples’ movements, and participate with them toward dismantling the intertwined regimes of education and carcerality.

– an essay by Abraham Bolish –

Left movements in North America romanticize education in many ways. Calls to “defend public education” emanate from the most radical movements of students, like the ‘Maple Spring’ in Quebec, and teachers, like the social justice-oriented Chicago Teachers Union. In struggles against prisons, with images of the ‘school-to-prison pipeline’ and calls for ‘education not incarceration,’ we on the Left often criticize contemporary education as corrupted for disproportionately funneling poor youth of color into the penal regime. Conversely, in organizing around universities, the university has been framed as losing its educational mission and becoming like a prison, an “ivory cage,” which “incarcerates” potentially resistant young people behind walls of debt.

This fetishizing of education is a key obstacle to Left movements’ revolutionary goals. Seeing ‘revolution’ as an overturning of a dominant order, a revolutionary movement would need to radically transform all of the regimes composing that order—from the family and work to transportation and prisons. Such a movement is hindered if any one of these regimes is immunized from critique. That is precisely what has happened with the regime of education.

END_OF_DOCUMENT_TOKEN_TO_BE_REPLACED

Error: Twitter did not respond. Please wait a few minutes and refresh this page.